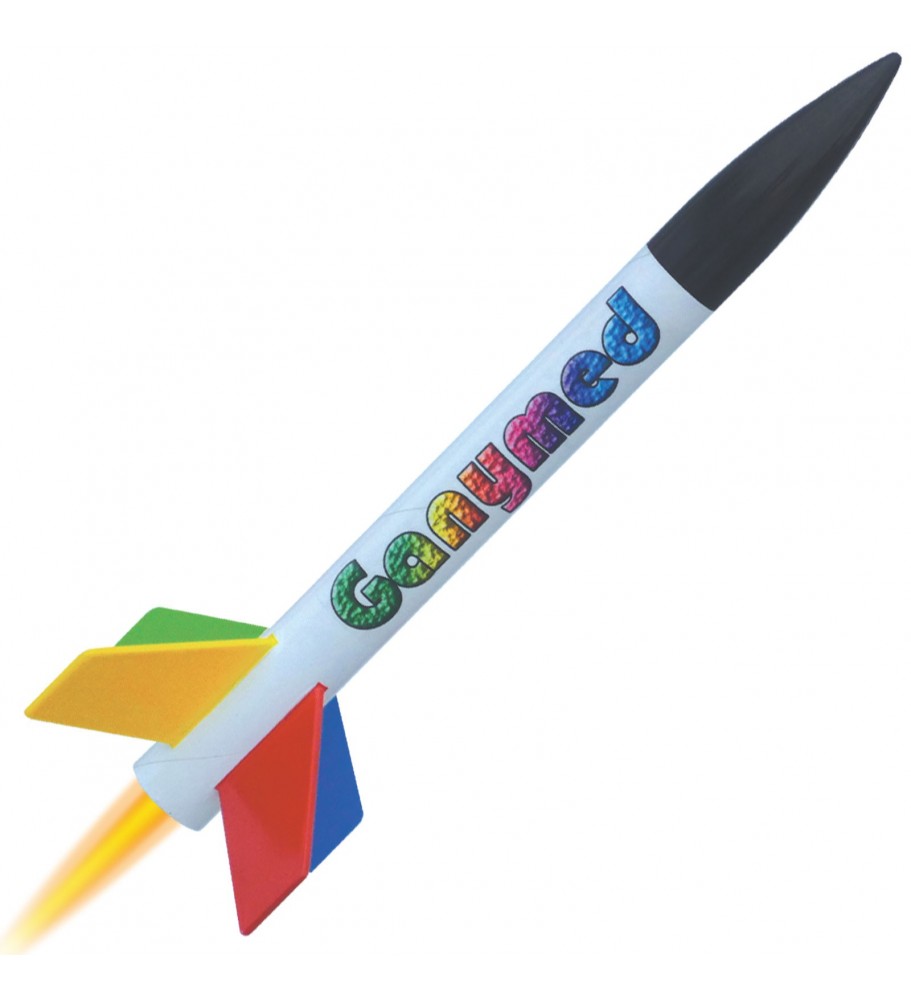 Small rocket for beginners, to be bult the classic way.

The Ganymed belongs to the "Classic" series of Klima kits, a line of kits where the assemblying requires to glue the fins in place and to assemble all the other parts.

The Ganymed is a simple and nice model rocket, small in size and suitable for A, B and C motors.

As usual, the kit is made with great care. The fins are precisely cut from liteply, a meterial slightly heavier than balsa but much, much stronger.

The fin tabs are inserted into slots pre-cut in the body tube and theya are also glued to the inner engine mount. This system guarantees a great strength of the fins, much greater than if the fins were glued only on the surface of the tube.

The kit is completed by well-made instructions, rich of illustrations. Being a kit made in Europe, the instructions are written in English, German, French, Spanish and Italian.

As there are various parts to be finished and glued, and the rocket have to be painted (although it is not mandatory), the time for the assembly varies from one hour to two hours according to the builder ability and the care in painting it. The kit includes self-adhesive decals.

As with all the rocket kit of this category, the parachute shock cord is made in two parts, a kevlar one and an elastic cable. The Kevlar part is fixed to the motor support for greater strength, and does not hinder the exit of the parachute.

The Ganymed flies with 18 mm engines, from class A to C, and even with D9 Klima engines, with which it will reach the highest altitudes. You can use both Klima and Estes engines, that are perfectly interchangeable.

Ganymed is recovered with a nylon streamer, which slows down the descent but does not allow the rocket to drift too far with the wind. This is very important if you plan to fly this rocket with the most powerful motors allowed!

Engines, glue, paint and batteries are not included.