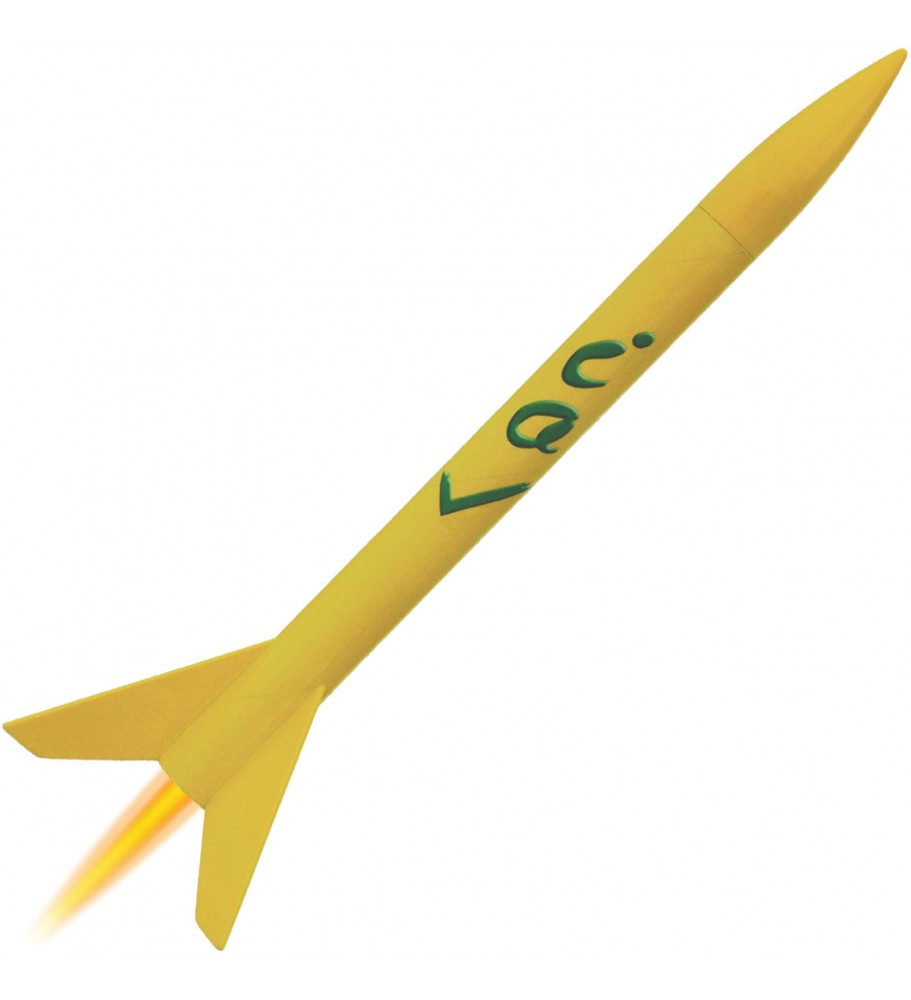 A small rocket for those who like to build the classic way. Suitable for beginners and for teaching the basics of rocketry.

The IO is a rocket kit that belongs to the "Classic" series of Klima, the only European manufacturer of rockets and accessory kit. As the name implies, the "Classic" line includes kits of traditional construction, with wooden fins that must be glued on the body, and requiring painting.

The IO is a rocket that must be built entirely, small in size and suitable for A, B and C motors.

The kit consists of parts made with great precision and care. A completely new feature is the material of which the fins are made: instead of balsa as usually happens in this type of kit, the stabilizing fins are lightweight plywood. Actually it weighs slightly more than balsa but is much stronger.

In addition, the fin tabs are inserted into slots pre-cut on the body tube and are also glued to the inner engine mount. This system guarantees a great strength of the fins, much greater than if the fins were glued only on the surface of the tube.

The body tube is made of light and strong white kraft cardboard, and the slots for the fins are already cut into it. This way the fin alignment is very accurate along the longitudinal axis.

The launch lug is the classical little tube that must be glued along the root of a fin, and thus is aligned without difficulty.

The kit is completed by well-made instructions, rich of illustrations. Being a kit made in Europe, the instructions are written in English, German, French, Spanish and Italian.

As there are various parts to be finished and glued, and the rocket have to be painted (although it is not mandatory), the time for the assembly varies from one hour to two hours according to the builder ability and the care in painting it. The kit includes self-adhesive decals.

As with all the rocket kit of this category, the parachute shock cord is made in two parts, a kevlar one and an elastic cable. The Kevlar part is fixed to the motor support for greater strength, and does not hinder the exit of the parachute.

The IO flies with 18 mm engines, from class A to C, and even with D9 Klima engines, with which it will reach the highest altitudes. You can use both Klima and Estes engines, that are perfectly interchangeable.

The recovery is via a 40 cm plastic parachute, which must be cut from the pre-printed plastic sheet included, with printed instructions on it, and the shroud lines are cut from the thread included in the package and must be tied to the parachute.

Engines, glue, paint and batteries are not included.