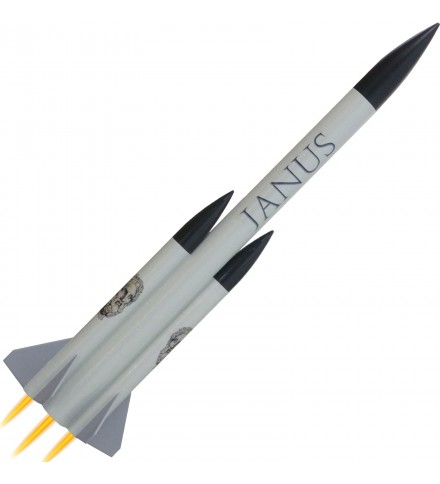 The Janus takes the name from a moon of Saturn or the Roman God with two faces, Janus.

His two "faces" are nothing but the two side boosters that give him that look similar to many real rockets. It uses as many as three 18 mm motors placed each in the three tubes that make up the fuselage.

It is an easy model to build but not suitable for absolute beginners because it requires a minimum of manual skills acquired with the assembly of other models of traditional construction.

The fins and other parts are lightweight plywood, and the kit includes a baffle that protects the parachute from the ejection charge gases, which eliminates the need to use protective wadding. The parachute is made of nylon and is included in the package.

One of the interesting aspects of this model is the possibility of experimenting with different engines; in fact, it is possible to mount two motors of one type in the boosters, for example the longburn C2-P, and a different type of motor in the central body, for example a D9-7.

IMPORTANT: for the simultaneous ignition of all engines we strongly recommend using the Tapematch in conjunction with the Stage Igniters. You can find them in the Motors> Starters category.

In addition, to guide the model safely during the launch phase, it is necessary to use a 6 mm launch rod.

To assemble the rocket you need (not included):

To launch your rocket you need (not included): 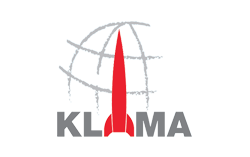